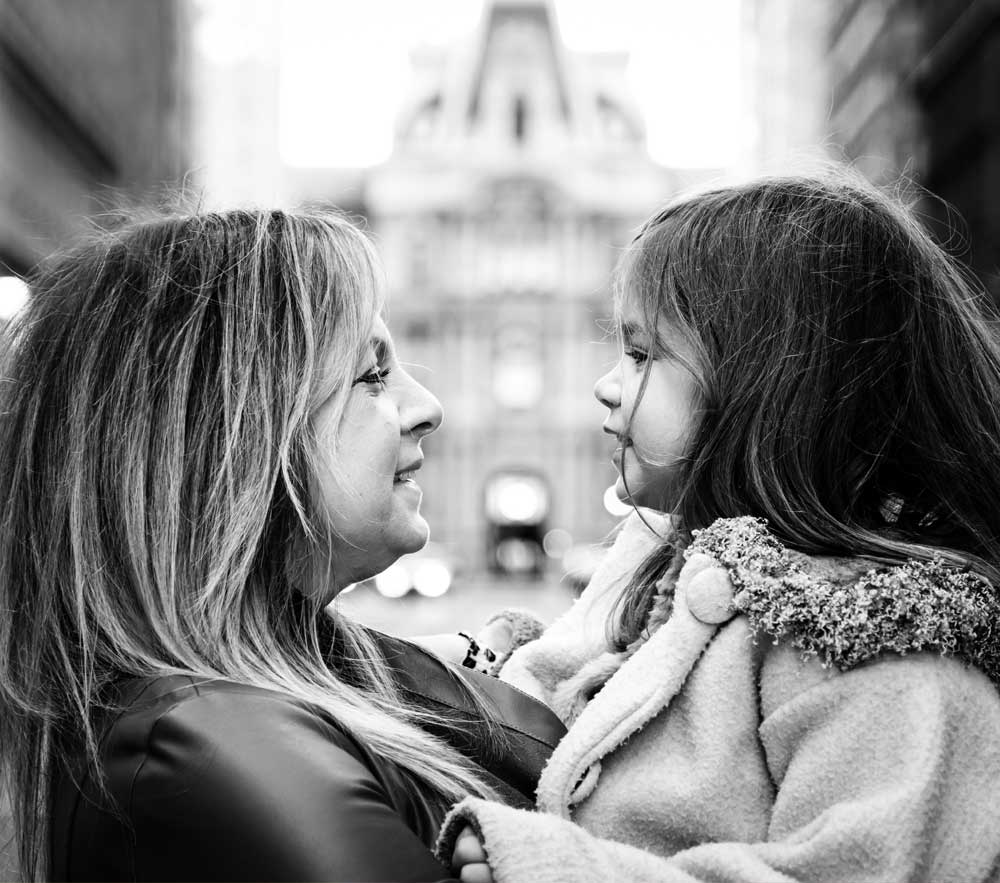 Kristen DiOrio is a Philadelphia-based professional recruiter and single mother of five-year-old Olivia. An aspiring stand-up comedian, she views life through an enthusiastic and humorous lens. Although she recognizes that dealing with fertility issues can be extremely difficult for many people, and everyone’s story is unique, she prefers to think of her own experience as a positive one despite her own setbacks along the way. She shares her perspective and personal experience with Main Line Fertility in Philadelphia, Pennsylvania.

A few years ago in 2013 and at the age of 39, Kristen DiOrio’s wish was to become a parent. Although she was single and not in a relationship, she was determined to make it happen. Now at the age of 46, she looks back at her decision to have a child and shares how she navigated the process leading up to her pregnancy.

“I think that I tend to make big, life-changing decisions faster than most people,” she revealed. “And over the years, I have realized that even if you make decisions, if it’s meant to be, the universe provides you with what you need. I didn’t really take a long time to decide – I knew this path was right for me.”

Although she was well aware of the challenges ahead as a single parent, DiOrio did not hesitate. She commented, “I always said that if I wasn’t in a relationship by my mid-30s, I would go ahead and have a baby myself, so I did! I feel that if you really want something, you just have to go for it.”

She added, “It seemed really natural to me. Sometimes people tell me that it was such a ‘brave’ decision to have a baby by myself. I always say, ‘no it wasn’t!’ It made sense for me and I really did not see it as a big deal, I was also fortunate to have supportive parents and friends. It turns out it’s the parenting that’s much more challenging and demanding for sure!”

At the time, she decided that her best course of action was to begin treatment at Main Line Fertility using anonymous donor sperm. After meeting with her physician at MLF and discussing her plan, Kristen purchased sperm through a cryobank which was then sent to Main Line Fertility and utilized through assisted reproductive technologies. Sperm donors can be anonymous (sperm purchased through a cryobank) or known (sperm donated by a relative or friend). The process for anonymous and known donors varies slightly.

She was enthusiastic about meeting the physicians at Main Line Fertility, “My first appointment was with Dr. Orris. I told him I wanted to get started in a few months, as I had a vacation scheduled for my 40th birthday, but he told me that we should move forward right away because I had a lower chance of getting pregnant due to my age. I was surprised to hear this, but I trusted him. I underwent all of my tests and, thankfully, they were good. We moved forward quickly with the insemination treatment at that point.”

As a result of her fertility treatments, DiOrio became pregnant within a relatively short timeframe but unfortunately experienced a miscarriage. It was a sad and disappointing experience, but she drew upon her inner strength to move forward. After waiting a few months, she underwent treatment a second time and became pregnant again. Her entire insemination treatment took under a year.

“Honestly, when I found out I was pregnant, I was thrilled – I felt like it was a miracle and a relief.” she said. “In fact, when I look back on the situation, I’m still happily surprised that I was able to have a child through insemination.” Her daughter, Olivia, was born nine months later in July and is now five years old.

In addition, DiOrio also pointed out that she was grateful for her mother’s support during the fertility treatments, especially since she did not have a partner to lean on during the more challenging times. Her mom accompanied her to the appointments and was with her throughout her pregnancy. “She’s super helpful today, too. My mom lives nearby and helps take care of her granddaughter on a regular basis — and her other grandparents are incredibly supportive, too.”

DiOrio has some life advice to share with others who may be going through a similar situation. She said, “During the treatment, I found the hardest part was having such high hopes, and then getting disappointed. I did my best to be very ‘zen’ throughout the process. I mediated often and ate well, but at the same time, I did not obsess over my body or trying to become pregnant. I attempted to be as positive as possible; I would still go out to dinner and have fun with my friends.”

Today, DiOrio’s young daughter keeps her busier than she could have ever imagined. In addition to her work as a recruiter, DiOrio is also the founder of “Mind Your Business,” a new company that is currently in start-up mode that is based on positive psychology and personal growth. She feels her own fertility journey inspired her to launch the business and she hopes she can inspire others who may need some life encouragement.

Currently, DiOrio does not have a partner and expresses that she is personally fine with that. “I am living my dream…not the dream that everyone thinks you should be living. I wouldn’t say that I wouldn’t love to meet someone, but I’m perfectly happy being me. I’m incredibly happy with myself as a single mom and being with my daughter.”