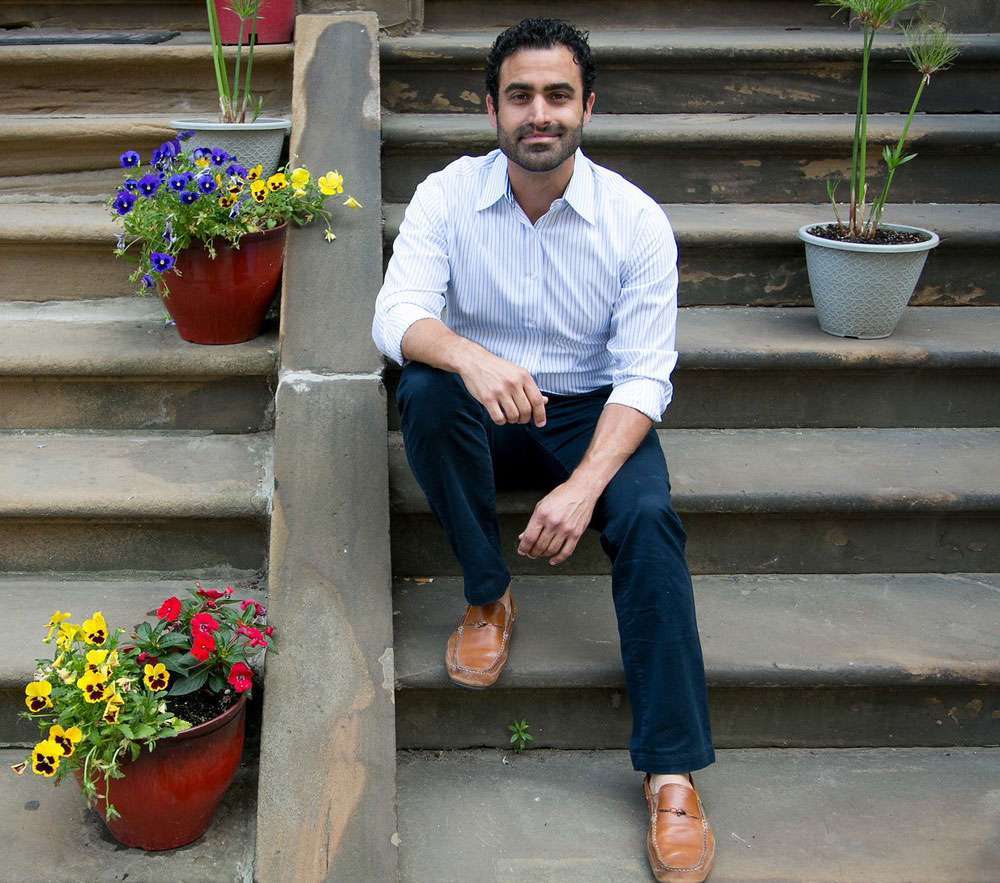 Today, anyone with a smartphone or computer knows that podcasts are just about everywhere. Nearly every news program offers a podcast, and many experts use this medium to connect with their audience members. In fact, it’s not unusual for people to have a number of episodes (on any variety of topics) downloaded on their phone for listening to during commutes, at work or just relaxing.

An avid podcast fan, Steven Mavros, L.OM., is an acupuncturist and the owner of the Healing Arts Center in Philadelphia, Pennsylvania. Working closely with reproductive endocrinologists, he helped to pioneer the acupuncture for fertility field in Philadelphia. In 2017, he decided the time was right for him to start his own podcast, Waiting for Babies.

Mavros explained, “I love podcasts. As an acupuncturist with over ten years in the field, I had learned some incredible stories of hope and heartbreak, but I also learned about the humor of infertility. After all, podcasts are used for entertainment, information, news and more – so why not start a podcast about infertility issues? At that point, I decided to interview some of my former patients for the podcast and ask them to share their journey from beginning to end. During the interviews, I interject to explain the process and the science so it’s approachable to everyone.”

He continued, “I was inspired to become a podcaster because over the years, I have spoken with friends and family about the fertility world and what my patients have to undergo. I’ve realized that those who have never personally experienced this issue had no understanding of what it was really like.”

Throughout his career, Mavros has found that one of the most common infertility issues is dealing with miscarriage.

He said, “Frankly, our culture sucks at dealing with miscarriage, and we don’t teach women and men coping skills for something that is a very common occurrence. Americans are so bottled up talking about it that women and couples end up grieving alone despite the fact that miscarriage can happen in up to one in four pregnancies. We all know someone who’s had a miscarriage even if they’ve never shared it. We should all be able to help those going through it grieve and be able to look to the future.”

Mavros admits that he has connected with so many new people and learned a lot while interviewing individuals who are struggling with infertility. He mentioned that there were a few memorable episodes along the way.

“My episode with Steve and Cassie (Episode 3) was amazing,” he said. “Steve wasn’t a patient of mine. We coincidentally met at a party and he had heard I had a fertility podcast. He immediately shared that he was azoospermic, and had undergone micro-Tese surgery that failed. He and his wife had to conceive through donor sperm. This was not exactly normal cocktail party fare — but he was brave and was willing to share. His wife, Cassie went through multiple rounds of IVF and finally gave birth to a beautiful daughter. Their courage to go through it all — and then be so excited to share their story to break the stigma was truly inspiring.”

He pointed out that episode 4, Jessica, was his most-downloaded podcast so far. He said, “It’s one of the only ones where pregnancy is not the end result. Jessica ends up getting divorced and freezing her eggs instead. The ending is super-hopeful but it’s a wild ride.”

Mavros admits that he has connected with great people through his podcast – both experts on the subject and those struggling with infertility. He’s most impressed when his podcast reaches unexpected individuals as well.

He explained, “I have a friend who’s a podcast fiend. One day, he stopped me on Walnut Street while listening to an episode. He told me, ‘You’re in my ears right now. I had no idea what endometriosis was — but it sounds horrible. How do women deal with it?’ I was thrilled that I could educate a guy in his mid-30s and encourage him to have more empathy for women. On top of that, though, I’ve received so much great feedback from my own patients. They are happy to hear that they’re not alone and that others have made it to the other side.”

Mavros had been recording episodes every month or two but has been taking a break this year and plans to start a new season soon. He’s also accepting written stories from people who aren’t as big audio fans but still wish to share their story.

“On a positive note, I’ve noticed stories of infertility are becoming more mainstream. There are movies, such as One More Shot and Private Life, as well as television episodes of Friends from College and This is Us that have incorporated fertility issues as a storyline.  Celebrities are speaking more freely about their fertility journeys. When Michelle Obama and Anne Hathaway discuss their IVF issues, I feel like the word is getting out and the stigma is starting to go away.  That’s all I’ve ever hoped for.”

Steve’s podcast, Waiting for Babies, is available on iTunes and other podcast sites. For those who wish to share their story and be considered for an interview (or prefers to submit a written story), contact Steve through this link: https://www.waitingforbabies.com/contact

For anyone interested in listening to other podcasts on the topic, Mavros recommends two: Beat Infertility and the Infertile Mafia.

Main Line Fertility
Focus on INVOCELL: What Fertility Patients Should Know About this Groundbreaking Treatment
The One in Eight – A Story of Infertility
COVID-19 Policies and Procedures