Our Infertility Journey: The Jones Family 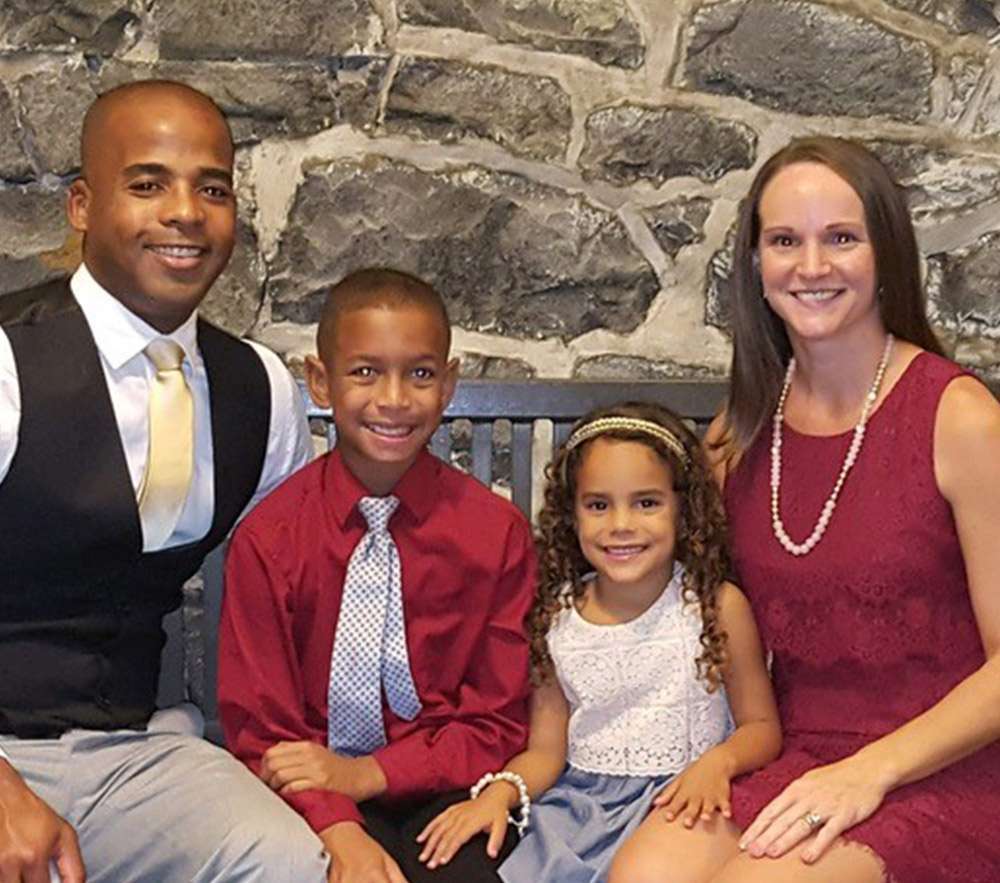 Matthew and Kristen were newlyweds in 2005 in West Chester, Pennsylvania when they decided to start a family. Their journey to a successful pregnancy, however, was not an easy path, and they soon found themselves facing unexpected fertility issues, as Matthew was diagnosed with Sertoli cell-only syndrome, a disorder that causes male infertility. It’s a condition that is characterized by the absence of spermatozoa in the seminiferous tubules.

Upon Matthew’s diagnosis, the couple explored medical options, and chose Main Line Fertility in Philadelphia for their treatments. Between 2006 and 2007, the couple had undergone several procedures, two in vitro fertilization (IVF) procedures (one fresh and one frozen); and three intrauterine insemination (IUI) procedures. Unfortunately, none of these were successful.

Both Matthew, a clinical dietitian, and Kristen a registered nurse in the maternity field, have medical backgrounds, and were somewhat familiar with the procedures associated with infertility. Regardless, it was a heartbreaking time in the couple’s lives.

Matthew explained, “When I was first diagnosed, I didn’t immediately deal with the emotional part of it. I looked at it from a clinical perspective and tried to be positive and support my wife, since she was the one physically going through the fertility procedures. We had an extremely positive experience with Main Line Fertility. Plus, our combined medical background made a huge difference, because we had the experience that prepared us for dealing with the procedures, but it was a frustrating time for us. It was especially tough on my wife emotionally, especially she’s surrounded by new mothers and newborns every day at work.”

But surprisingly, this couple’s journey to fertility took an unexpected turn and they found themselves as parents sooner than expected.

He continued, “Around that same time, we were looking into options for adoption. And then everything happened so fast. We found out our last IVF did not work in September, so we were in the waiting period and feeling a bit discouraged. Then, we suddenly learned of a baby in Philadelphia who would be up for adoption at birth. So, while we were preparing for him to arrive in December, the baby was born prematurely, a month early. Before we knew it, we were parents – and named our baby Isaac. Obviously, we put our IVF plans on hold temporarily.”

Over the next few years, the couple put the idea of having more children on the back burner, but when their son was around five years old, he started to ask for a younger sibling.

“Based on our past experience, we were not expecting a successful pregnancy. But that’s when we tried one more time — and the final UIU worked! It was such a blessing when our daughter, Aislynn, was born. We chose the name for her because it means ‘dream and inspiration’ and this truly represented our journey.”

As a male who has suffered from infertility issues, Matthew agrees that it’s a unique situation, but may not be as rare as someone might think.

He said, “When it comes to fertility issues, I love sharing our story with both men and women. I’m not bashful about it! When my wife and were going through this, I felt broken and disappointed at times. At first glance, it may seem like a female-only issue, but it is not – it’s a disorder just like any other and nothing to be ashamed of it. And with today’s technological advancements, there are so many options available.”

Matthew continued, “When I speak with men about this topic, I mention that your journey is your own. You can’t compare it to your friends’ situations. Just because it may take you longer to have kids than others — it does not mean you’re a failure in any way. It’s important to keep trying and keep pursuing, have faith and stay positive.”